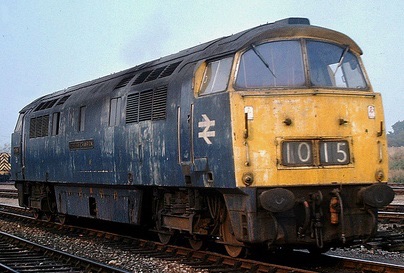 I love Westerns and have a small layout based on an MPD in the Bristol area in the early 70’s so I have been collecting together a loco stable for it. I have a few weathered Westerns, but I wanted a really bad one-the sort that has been subjected to the care and attention of Laira’s washing plant a few too many times.

So I bought a blue Dapol Western and sent it to Michael Doyle with some folding who then applied his considerable skills to ruin it-in the best possible way.

This is what the brand new plain blue Dapol Western looks like. 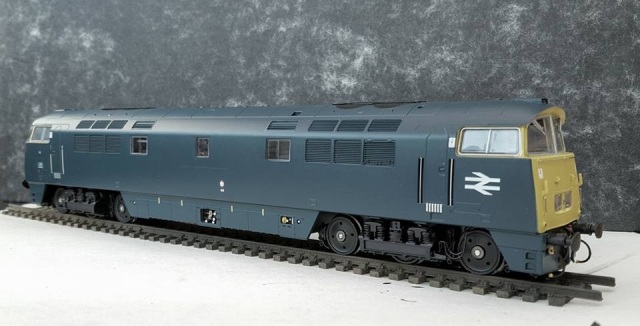 And Michael went to work.

And here is a picture in revenue work on his layout.

I found Michael P Doyle on Facebook and he can be reached here.

The prototype picture was taken by Philip D Hawkins and reproduced by kind permission.

This entry was posted in Dapol, Uncategorized, Weathered. Bookmark the permalink.